My Little Pony is an entertainment franchise developed by Hasbro which is marketed primarily to girls. It started as a line of plastic pony toys developed by Bonnie Zacherle, Charles Muenchinger and Steve D'Aguanno which have been produced since 1983. The ponies feature colorful bodies, manes and a unique symbol on one or both sides of their flanks. These are referred to in the two most recent incarnations as "cutie marks." 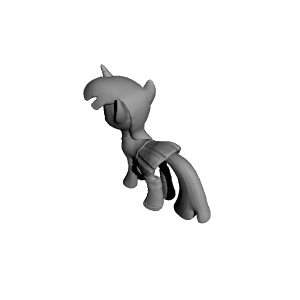