This model was created fully in Tinkercad by MiniWorld3D founder Dany Sánchez.

In the Southwestern United States, Pueblo (capitalized) refers to both the Native tribes having fixed-location communities with permanent buildings, and the characteristic grouping of buildings themselves. The Spanish explorers of northern New Spain used the term "pueblo", translated as "town" and literally to "people", to refer to permanent indigenous towns they found in the region, mainly in present-day New Mexico and parts of Arizona, in the former large province of Nuevo México. This term continued to be used to describe the communities housed in apartment structures built of stone, adobe mud, and other local material. The structures were usually multi-storied buildings surrounding an open plaza, with rooms accessible only through ladders raised/lowered by the inhabitants, thus protecting them from break-ins and unwanted guests. Larger pueblos were occupied by hundreds to thousands of Puebloan people. Various federally recognized tribes have traditionally resided in pueblos of such design. The term is now part of the proper name of some historical sites, such as Taos or Acoma Pueblo (from Wikipedia).

MiniWorld3D is excited to bring this model to life as a homage to all the indigenous people of New Mexico and the American Southwest. This model was designed from scratch completely in Tinkercad, no scans or repurposed models, so it's pristine clean for 3D printing! Please give credit, it's all about spreading culture and education!

No supports required. Slow speeds (20 mm/s) are recommended for the small details. The ladders can only be printed with a 0.4 mm nozzle at 100% scale. Use a smaller nozzle or resin if scaling down.

The model shown printed in clay in the photos was scaled down only in Z in Cura to make it flatter, not as tall as the original 100% scale model. 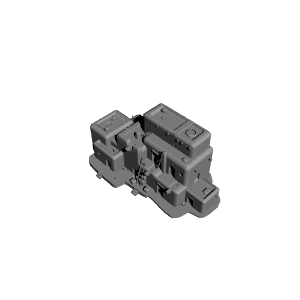 ×
3 collections where you can find Pueblos of New Mexico, USA 通过 MiniWorld