Seventh in the Road To 2020: HNV lineup is King Boo from 2001's Luigi's Mansion! Arguably Luigi's most intimidating rival, King Boo manages to trounce and capture Mario, something even Bowser can't claim (unless we count Mario is Missing as eligible). Luigi braves the mansion and captures all of the ghosts in the mansion using his trusty Poltergust 3000. King Boo has been the ultimate villain for the Luigi's Mansion games in every installment.

His design is based on the original concept art for Luigi's mansion, but the scale of his eyes and tongue reflect more of his look from Luigi's Manison 3. Getting him to stand on his tongue took a couple tries, but I got it down so that h can be a proper paperweight for your work! 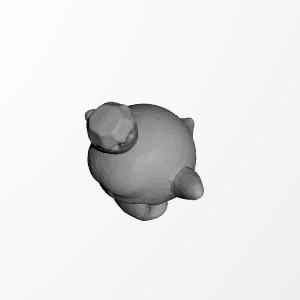 i printed and painted King Boo