San Lorenzo or Portrait of Jacopo of Portugal

San Lorenzo or Portrait of Jacopo of Portugal

This bust is originally located in The Basilica di San Lorenzo in Florence, Italy. As the church holds is the burial place of all the principal members of the Medici family, as well as works by masters such as Donatello, Verrocchio and Antonio del Pollaiuolo, a lot of confusion has been made to the identity of this work.

Originally thought to have been a work by Donatello, due to the similar rendering of fabric on the sitter's clothing, it was later attirubted to Desiderio da Settignano.

The sitter still has not been confirmed, but it has been heavily argued that the work depicts San Lorenzo, or Jacopo of Portugal, cardinal deacon of Saint Eustachio. 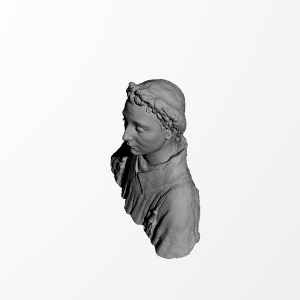