Statue of the Egyptian god Bes

Statue of the Egyptian god Bes

This sculpture depicts the Egyptian god Bes and was discovered in Amathous.

Bes (Bisu, Aha) was an ancient Egyptian dwarf god. He was a complex being who was both a deity and a demonic fighter. He was a god of war, yet he was also a patron of childbirth and the home, and was associated with sexuality, humour, music and dancing. Although he began as a protector of the pharaoh, he became very popular with every day Egyptian people because he protected women and children above all others. He had no temples and there were no priests ordained in his name. However, he was one of the most popular gods of ancient Egypt and was often depicted on household items such as furniture, mirrors and cosmetics containers and applicators as well as magic wands and knives. 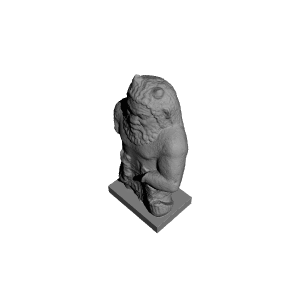