The folds were pressed by an artifex, a slave kept expressly for this purpose. The fashion perhaps originated in North Africa.

Cook 2011, nr. 158:
‘A bust, resembling the medals of Gordianus Africanus, the father; it is draped with the Toga, and ornamented with the Latus Clavus; the hair is marked by points, corresponding to the style of sculpture at the time. it was found about the year 1770 near [blank] along with a fine bust of Comodus, purchased by Cardinal Alex: Albani, and placed by him in his villa near Rome’ (TY 12/3; B. F. Cook, `The Townley Marbles in Westminster and Bloomsbury', The British Museum Yearbook, 2 (1977), 42-43, figs. 24-25, no. 28).
Although Townley occasionally appears to identify this bust definitely as Gordianus Africanus, he does so only in catalogue headings and in lists consisting of very short descriptions (TY 10/6-7, TY 12/6). In slightly less restricted spaces, he identifies the bust by the manner in which the toga is worn, with the latus clavus (TY12/5, TY 12/2), and in more extended contexts tends to refer to a mere resemblance to the coins of Gordianus (TY 12/22/61/1). Although Townley himself seems to have harboured doubts about the identification, it was accepted by Smith. More recent scepticism (Felletti Maj, Wegner) confirms Townley’s perceptiveness.
GR 1 (bust 4) gives the provenance as near Rome, but Lyde Browne’s Catalogue (no. 1) specifies Roma Vecchia.
Bought from Lyde Browne, probably in July 1775, for £60 (TY 10/5-7; TY 12/1; TY 10/3, fo. 13). 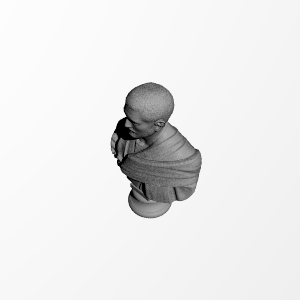