The plaque in the Plaza de Chamberí of Madrid in homage to Largo Caballero was placed in March 1981, when Enrique Tierno Galván was mayor, and is located on the façade of the Municipal District Board, a building that replaced the birthplace of the historic defender leader of the working classes.

The work was made by the sculptor José Noja Ortega, also the author of Largo's own statue in Nuevos Ministerios, and other plaques, such as those dedicated to Julián Besteiro or Pablo Neruda.

Francisco Largo Caballero was Minister of Labor of Spain between 1931 and 1933, General Secretary of the UGT between 1918 and 1937, and President of this union in 1934. He was also President of the Government and headed the Ministry of War at the beginning of the Civil War. He died in exile in Paris in 1946. 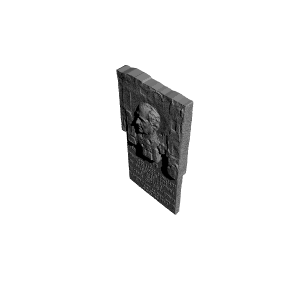 ×
0 collections where you can find Plaque in honor of Largo Caballero (1981) by J. Noja par ArcheoPablo