Aphrodite is the goddess of love, beauty and pleasure in Greek mythology. In the Hellenistic period, when this statue was sculpted, ancient Greek art and culture were the most powerful and influential in Europe. This period is often compared to the Classical Greek period, which was considered more refined and erudite. However, the whole of the ancient Greek culture has fascinated the Romans which have taken over many elements of it. For example, this statue which is a Roman work inspired by a Hellenistic statue.

Aphrodite is very often depicted as almost naked: this enables the sculptors to work their technique on the light draping over her body as well as the technique of the nude. Her nudity also of course evokes the pleasure and beauty she is thte epitome of. 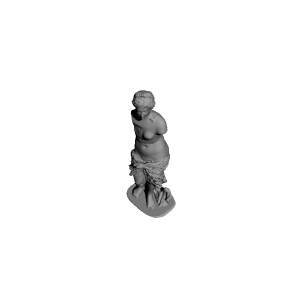