3D
Scan The World
2,402 views 132 downloads
2 collections
Community Prints Add your picture
Be the first to share a picture of this printed object
0 comments

This is a marble statue from the classical era depicting a Minotaur, originating from Plaka. The original, full piece is believed to be from a sculptural group including Theseus.

The Minotaur was a bull-headed man, whom King Minos enclosed in the Labyrinth which Daedalus had built in Crete. The Athenians were then forced by Minos to send every year seven young men and seven young women to be fodder of this famous beast. 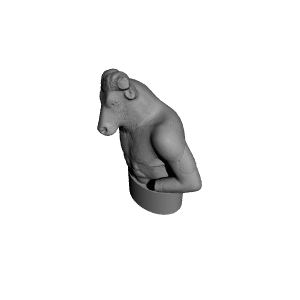