3D
Scan The World
1,110 views 30 downloads
Community Prints Add your picture
Be the first to share a picture of this printed object
0 comments

The oldest Etruscan sculpture depicts a woman, who was an ancestor of a prince. According to archaeologists, it was made about 630 century and was discovered by Isidoro Falchi in 1892 inside the Pietrera mound in Vetulonia. But since then, that extraordinary historical testimony had never returned to Vetulonia. The occasion is the exhibition Archaeologists in the 1800s. The cities rediscovered between Etruria and ancient Lazio "at the archaeological museum. 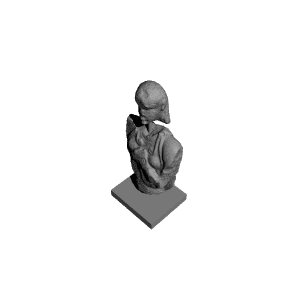