A Hellenistic Nobleman at The British Museum, London

3D
Scan The World
3,766 views 83 downloads
Community Prints Add your picture
Be the first to share a picture of this printed object
0 comments

A Hellenistic Nobleman at The British Museum, London

A Hellenistic nobleman, 200-100 BC. Later Hellenistic statues on Cyprus display greater realism, an indicated by the fleshy face, ruddled hair and side-burns. Although resembling the features of Ptolemy VI of Egypt (180-145 BC), this colossal head is probably a generic image of an aristocratic worshipper rather than a portrait of the ruler of Cyprus at this time. It combines broader Hellenistic style with local carving traditions typical of the Dali area where it was found. 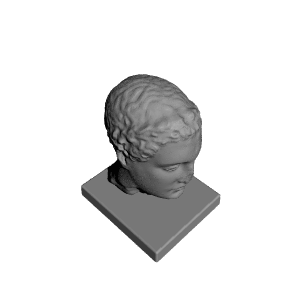 ×
0 collections where you can find A Hellenistic Nobleman at The British Museum, London by Scan The World