A Portrait of Alexander Solzhenitsyn

3D
Scan The World
2,173 views 107 downloads
Community Prints Add your picture
Be the first to share a picture of this printed object
0 comments

A Portrait of Alexander Solzhenitsyn

Alexander Solzhenitsyn was born on 1918, in Kislovodsk, Russia. He fought in World War II, but was arrested for criticizing Joseph Stalin and spent 11 years in labor camps and exile. His books, including The Gulag Archipelago, recount his experiences. Solzhenitsyn was awarded the Nobel Prize for Literature in 1970 and the Russian State Prize in 2007. He died in 2008. 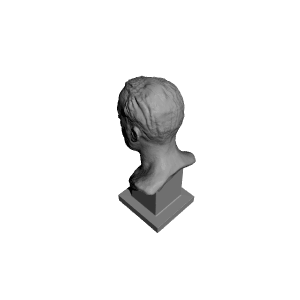