A Statue and Monument of Theodoor Verstraete

3D
360°
Scan The World
1,710 views 82 downloads
Community Prints Add your picture
Be the first to share a picture of this printed object
0 comments

A Statue and Monument of Theodoor Verstraete

A memorial statue and monument of the painter Theodoor Verstraete was erected in the Stadspark of Antwerp, designed and executed by the sculptor Guillaume Charlier in the early 20th century. The painter stands next to a roughly chopped monolith and looks at one of his most important works, the painting "Towards the Dead" (a relief carved into the stone). It has been designated as an established architectual heritage. 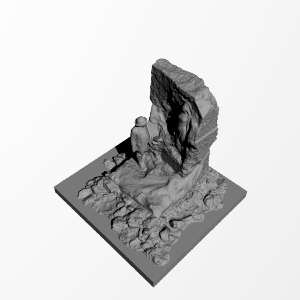