3D
Scan The World
3,971 views 234 downloads
1 collection
Community Prints Add your picture
Be the first to share a picture of this printed object
0 comments

Ada Lewis was a wealthy Jewish philanthropist who shared her peers' concerns about the lack of decent housing for single low-waged working women. She designed and built numerous housing units for women in the early 1900s. The marble memorial was originally erected in 1908 in memory of local benefactor Ada Lewis, and was used as a drinking trough. In late 2010 the memorial was relocated to a more central position within Bridge Gardens. The illuminated fountain sits within a pool, and is surrounded by a paved area with seating, so users can enjoy the fountain as well as views of the River Thames and Maidenhead Bridge. 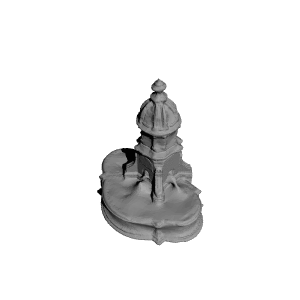 ×
1 collections where you can find Ada Lewis Memorial Fountain Maidenhead, UK by Scan The World