3D
2,718 views 305 downloads
Add to collection
18 0
Community Prints Add your picture
Be the first to share a picture of this printed object
0 comments

At long last! The Super Transporter - "Beluga" for the distinctive shape - is completely modeled. This particular aircraft was conceived by Airbus in response to growing demand for aircraft combined with the difficulty in delivering completed parts to factories for final assembly. The idea behind this metal bird was to put more positive control of logistics back into the hands of Airbus.

This model has been some time in the making. Not exactly eight months of non-stop effort, but eight months of an hour or so mixed in with weeks of flight school and computer issues. The model is not split into components...yet. I am still learning the nuances of Blender in creating print-worthy models. The capability of Blender is immense, as is the learning curve. I am probably going to return to Sketchup until I spend more time working in Blender altogether. For now, enjoy! 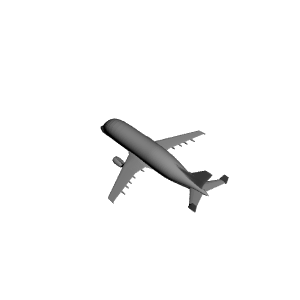