3D
Featured Scan The World
1,581 views 67 downloads
2 collections
Community Prints Add your picture
Be the first to share a picture of this printed object
0 comments

Alexander was born in Pella, the ancient capital of Macedonia in July 356 BC. His parents were Philip II of Macedon and his wife Olympias. Alexander was educated by the philosopher Aristotle. Philip was assassinated in 336 BC and Alexander inherited a powerful yet volatile kingdom. He quickly dealt with his enemies at home and reasserted Macedonian power within Greece. He then set out to conquer the massive Persian Empire. 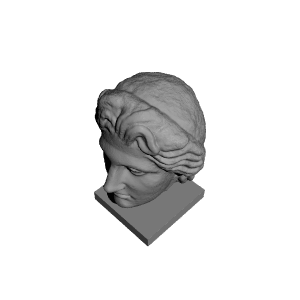