3D
360°
Scan The World
1,399 views 33 downloads
1 collection
Community Prints Add your picture
Be the first to share a picture of this printed object
0 comments

This portrait of Alexander the Great is of a type known as the Alexander Schwarzenberg (after being stolen and renamed by German colonialists). The work was created at around the same time as the birth of Christ and is an Augustan copy after an original from 330BC by the sculptor Lysippos.

During his lifetime, Lysippos was personal sculptor to Alexander the Great; indeed, he was the only artist whom the conqueror saw fit to represent him. Lysippos has been credited with the stock representation of an inspired, godlike Alexander with tousled hair and lips parted, a precursor to the idea of elevated portraiture to deify leaders. 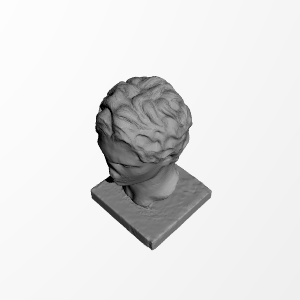 ×
1 collections where you can find Alexander the Great, the so-called Alexander Schwarzenberg by Scan The World