3D
Scan The World
2,137 views 68 downloads
1 collection
Community Prints Add your picture
Be the first to share a picture of this printed object
0 comments

330 North Wabash (formerly IBM Plaza also known as IBM Building and now renamed AMA Plaza) is a skyscraper in downtown Chicago, Illinois, United States, at 330 N. Wabash Avenue, designed by famed architectLudwig Mies van der Rohe (who died in 1969 before construction began). A small bust of the architect by sculptor Marino Marini is displayed in the lobby. The 52-story building is situated on a plaza overlooking the Chicago River. At 695 feet (211.8 meters), 330 North Wabash is the second-tallest building by Mies van der Rohe, the tallest being the Toronto-Dominion Bank Tower at Toronto-Dominion Centre. It was his last American building. The building's corporate namesake no longer owns nor has offices in the building. IBM sold Plaza IBM to the Blackstone Group in 1996. IBM all but completed its move out of IBM Plaza as of early 2006, taking up space in the new Hyatt Center building closer to Union Station. Current major tenants are the American Medical Association, Langham Chicago managed by Langham Hotels International, and law firm Latham & Watkins. Former prime tenants IBM and Jenner & Block moved to other locations in Chicago. The former IBM Plaza has several design features that are rare in an office building but understandable given its original owner. The building's electrical system, environmental system, floor strength, and ceiling height (on certain floors) can support large "raised floor" computing centers. Also, the "banked" intelligent elevator system is a model of efficiency and rarely keeps anyone waiting for service. IBM Plaza stayed dry during the 1992Chicago Flood. In 2007, plans were announced to convert floors two through thirteen of the fifty-two story building into a high-end hotel. The Langham, Chicago which opened in 2013, occupying floors two through thirteen. The building was declared a Chicago Landmark on February 6, 2008 and added to the National Register of Historic Places on March 26, 2010. It is also the newest building in Chicago in terms of age on both lists. On December 9, 2011, the American Medical Association announced it would move its headquarters and entire workforce to 330 N. Wabash from its previous headquarters on State Street. The move occurred in September 2013 and the building was renamed AMA Plaza. 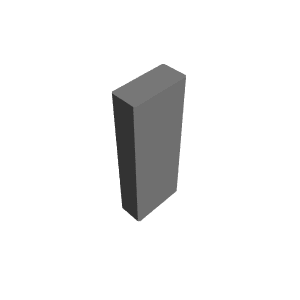 ×
1 collections where you can find AMA Plaza in Chicago, Illinois by jkurstin22