3D
Scan The World
1,695 views 96 downloads
1 collection
Community Prints Add your picture
Be the first to share a picture of this printed object
0 comments

Hyperlioceras is an extinct genus of cephalopod included in the ammonite family Graphoceratidae that lived during the Bajocian stage of the Middle Jurassic. The type species is HHyperlioceras discites

The shell of Hyperlioceras is very compressed and involute, with a tall persistent keel and a deep umbilicus.

The International Commission on Stratigraphy (ICS) has defined the base of the Bajocian Stage of the Jurassic as the lowest occurrence of the genus Hyperlioceras, at 170.3 ± 1.4 million years ago, which defines the base of the Hyperlioceras discitesZone. This point also marks the end of the preceding AalenianStage. The upper boundary of the Bajocian is indicated by the lowest occurrence of the ammonite Parkinsonia (G.) convergence, at about 167.7 Ma, which defines the base of Zigzagiceras zigzag Zone. 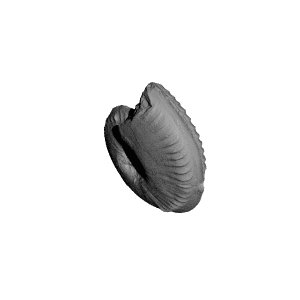