3D
Scan The World
2,515 views 116 downloads
1 collection
Community Prints Add your picture
Be the first to share a picture of this printed object
0 comments

This group statue depicts the love between Amor and Psyche, the main characters from the ancient novel "The Golden Ass" by Lucius Apuleius. They are shown as winged children, embracing each other. The sculpture was created after a Hellenistic model either from late 1st century BC or from the early Roman Imperial Age. 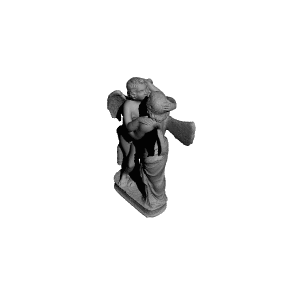