Anacreon, ancient Greek lyric poet who wrote in the Ionic dialect. Only fragments of his verse have survived. The edition of Anacreon’s poetry known to later generations was probably prepared in Alexandria by Aristarchus in the 2nd century BCE and divided into 9 or 10 books on the basis of metrical criteria. Displayed at the Museum für Abgüsse Klassischer Bildwerke in Munich. It is a museum of classical paintings and sculpture. It shows sculptures of Greek and Roman antiquity from the 7th century BC to the 5th century AD. 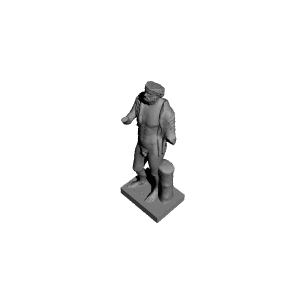 ×
0 collections where you can find Anacreon by Scan The World