3D
Scan The World
2,244 views 68 downloads
Community Prints Add your picture
Be the first to share a picture of this printed object
0 comments

Anghel Dumbraveanu (21 November 1933 - December 2013) was a poet, novelist and Romanian translator known throughout the 1960s. After graduating from the Pedagogical School (1949-1653) he attended the Faculty of Philology at the University of Timisoara (1962-1968). Between 1953 and 1990 he worked as an editor and soon after becamean editorial secretary general and deputy editor of the journal 'Horizon'. He won four awards in his lifetime, his last being the International Poetry Award in Yugoslavia in 1998 for 'Bela Voda Rosette'. 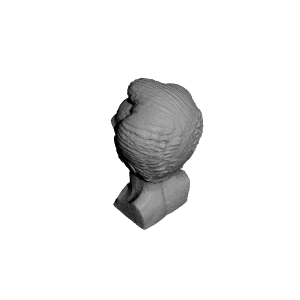 ×
0 collections where you can find Anghel Dumbraveanu in Timisoara, Romania by apllana