3D
Scan The World
1,970 views 52 downloads
Community Prints Add your picture
Be the first to share a picture of this printed object
0 comments

Antonia Minor, also known as Julia Antonia Minor, Antonia the Younger or simply Antonia (31 January 36 BC - September/October AD 37) was the younger of two daughters of Mark Antony and Octavia Minor.

She was born in Athens, Greece and after 36 BC was brought to Rome by her mother and her siblings. Antonia never had the chance to know her father, Mark Antony, who divorced her mother in 32 BC and committed suicide in 30 BC. She was raised by her mother, her uncle and her aunt, Livia Drusilla. Due to inheritances, she owned properties in Italy, Greece and Egypt. She was a wealthy and influential woman who often received people who were visiting Rome. 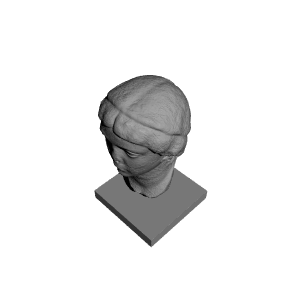