3D
Scan The World
7,513 views 521 downloads
Community Prints Add your picture
Be the first to share a picture of this printed object
0 comments

The sculptural type of Venus Genetrix shows the Roman goddess Venus in her aspect of Genetrix (mother), as she was honoured by the Julio-Claudian dynasty of Rome, who followed the precedent of Julius Caesar in claiming her as their ancestor. Through this historical chance, a Roman designation is applied to an iconological type of Aphrodite that originated among the Greeks. On the night before the decisive battle of Pharsalus (48 BC), Julius Caesar vowed to dedicate a temple at Rome to Venus, supposed ancestor of his gens. In fulfilment of his vow he erected a temple of Venus Genetrix in the new forum he constructed. Contemporary references identify the cult statue in the temple as by a certain Greek sculptor, Arkesilaos. Two types, represented in many Roman examples in marble, bronze, and terra cotta, contend among scholars for identification as representing the type of this draped Venus Genetrix. Besides the type described further below, is another, in which Venus carries an infant Eros on her shoulder. 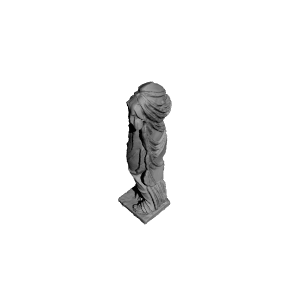 ×
0 collections where you can find Aphrodite at the Royal Ontario Museum, Canada by Scan The World