3D
Scan The World
3,050 views 151 downloads
Community Prints Add your picture
Be the first to share a picture of this printed object
0 comments

Aphrodite was the first subject of female nudity in western art. This kind of nudity remains very different from the one that may be observed in the Eastern cultures, where female figures had exaggerated and bulbous forms evoking fertility. In Western art, the woman's body has idealized proportions based on mathematical ratios.

However, a sense of modesty remains as the nude subject often tries to hide her clothless body. Here, the nudity is tempered by the thin draping on her body, which instead of hiding the body from the spectator, magnifies it. 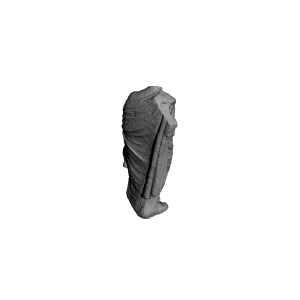