3D
Scan The World
3,205 views 145 downloads
3 collections
Community Prints Add your picture
Be the first to share a picture of this printed object
0 comments

This statue shows the god of music with one of his instrument : the Kithara. The Kithara is the forefather of the actual guitar that we all know. 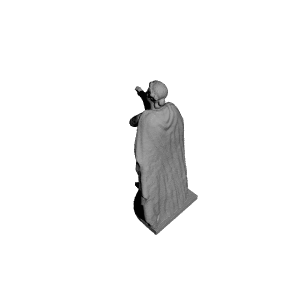