Apollonius at the Palace of Versailles, France

3D
Scan The World
1,534 views 150 downloads
Add to collection
3 0
Community Prints Add your picture
Be the first to share a picture of this printed object
0 comments

Apollonius at the Palace of Versailles, France

Apollonius of Tyana (Ancient Greek: Ἀπολλώνιος ὁ Τυανεύς; c. 15 – c. 100 AD), sometimes also called Apollonios of Tyana, was a Greek Neopythagorean philosopher from the town of Tyana in the Roman province of Cappadocia in Asia Minor. Little is known about him with certainty. Being a 1st-century orator and philosopher around the time of Christ, he was compared with Jesus of Nazareth by Christians in the 4th century and by writers in modern times. 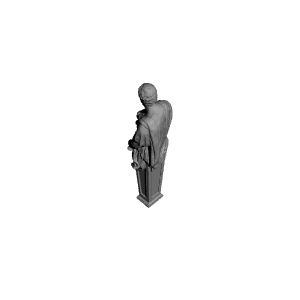 ×
0 collections where you can find Apollonius at the Palace of Versailles, France by Scan The World