Aquarius at the Promenade Derrière-Bourg in Lausanne, Switzerland

3D
Scan The World
9,346 views 1,242 downloads
4 collections
Community Prints Add your picture
Be the first to share a picture of this printed object
0 comments

Aquarius at the Promenade Derrière-Bourg in Lausanne, Switzerland

Until the end of the XVII th century, the promenade was occupied by meadows and vineyards. The site is an incredibly popular area, hosting visitors such as Napoleon during a brief stay in Lausanne. It was founded by Frédéric-César de la Harpe, Caesar Constant-Tissot, Theodore Rivier and Sylvius Dapples. During 1823 to 1826 the public park was enhanced where this statue of Aquarius was placed.

Aquarius, The water bearer, is one of the oldest of the recognized constellations along the zodiac (the sun's apparent path). It was one of the 48 constellations listed by the 2nd century AD astronomer Ptolemy, and it remains one of the 88 modern constellations. It is found in a region often called the Sea due to its profusion of constellations with watery associations such as Cetus the whale, Pisces the fish, and Eridanus the river. The stars of Aquarius lie between those of Pisces and Capricornus along the ecliptic. To the north is the Great Square of Pegasus, and to the south is the first-magnitude star Fomalhaut. Thus it is an important star group, although it has only a few important stars. Its alpha star, Sadalmelik, is only at magnitude 3.2, and there are only about 20 other stars brighter than fifth magnitude. However, some of these stars form asterisms, star patterns such as the Water Jar, a trefoil (resembling the Mercedes-Benz symbol) of Pi, Gamma, and Eta-Aquarii surrounding Zeta. This Y-shaped group lies to the east of Sadalmelik. Zeta-Aquarii is one of a number of interesting double stars. It is a beautiful pair of fourth-magnitude stars separated by about 3 arcseconds. The colors of the pair are given as pale green and pale yellow. Another star of note is R-Aquarii, a Mira-type variable star which, over the space of a year, changes from a dim magnitude 11 to a magnitude of six. 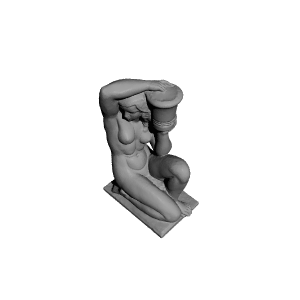 ×
4 collections where you can find Aquarius at the Promenade Derrière-Bourg in Lausanne, Switzerland by Scan The World