3D
Scan The World
2,271 views 108 downloads
3 collections
Community Prints Add your picture
Be the first to share a picture of this printed object
0 comments

Kinich Ahau is the 16th-century Yucatec name of the Maya sun god, designated as God G when referring to the codices. In the Classic period, God G is depicted as a middle-aged man with an aquiline nose, large square eyes, cross-eyed, and a filed incisor in the upper row of teeth. Usually, there is a k'in (sun) glyph in the eyes. Among the southern Lacandons, Kinich Ahau continued to play a role in narrative well into the second half of the twentieth century. 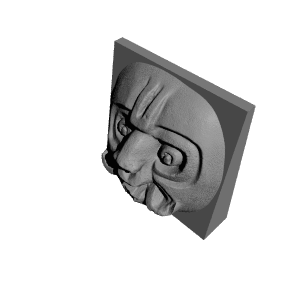