3D
5,794 views 137 downloads
Community Prints Add your picture
Be the first to share a picture of this printed object
0 comments

Arlington Steward is the main antagonist of the 2009 psychological thriller film, The Box. Arlington Steward appears to be a middle-aged facially disfugured man. He is portrayed as a calm emotionless man. According to NASA Steward was previously killed in a lightning strike but was later revived mysteriously with his body regenerating at beyond normal speed and his cell degeneration halted. 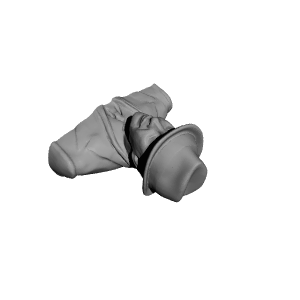