3D
Scan The World
1,159 views 57 downloads
Community Prints Add your picture
Be the first to share a picture of this printed object
0 comments

This statue pays a tribute to the king of Pergamon

Attalus I, surnamed Soter ("Savior"; 269–197 BC) ruled Pergamon, an Ionian Greek polis (what is now Bergama, Turkey), first as dynast, later as king, from 241 BC to 197 BC. He was the second cousin and the adoptive son of Eumenes I, whom he succeeded, and was the first of the Attalid dynasty to assume the title of king in 238 BC. He was the son of Attalus and his wife Antiochis. 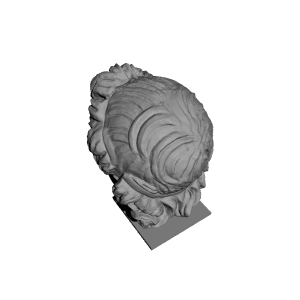 ×
0 collections where you can find Attalus by Scan The World