3D
Scan The World
1,873 views 54 downloads
Community Prints Add your picture
Be the first to share a picture of this printed object
0 comments

Aurel Traian Cosma was a lawyer and politician, fighter for the rights of Romanians in the Banat, president of the Romanian National Party from Banat, artisan union Banat Romania and chairman of the delegation to the Alba Iulia Banat, the first Romanian prefect of Timis county-Torontal MP in several legislatures, Minister of Public Works. Born in the village of Banat Beregsău Mare on September 1867. According to tradition kept in the family, ancestors Cosmesti were from his vine, "Barsan" shepherds come from Barsa and in turn originate from Moldova. Father Cosmas Damascus, was a teacher at Beregsău and his mother, Maria Panaiot was akin Mocioneştii and Vukovicii and descended from a family of Romanian ancient Macedonians settled in Banat.

Auriel joined the army and completed a wide variety of studies. Having a vast experience through different fields, he joined Romanian Banat. This move was, as it was unexpected as it was criticized by former colleagues. Despite criticism quickly moved to strengthen the party organization and territory. In 1922 the Liberals come to power and Cosma is appointed Minister of Public Works. In this capacity he acted to personnel reorganization, railway transport, mail, trade, industry. Along with other Liberal MPs, has made ​​an important contribution to the completion of the Constitution in 1923. He held the portfolio of Minister for nearly two years. After it ran for deputy mandate of Timisoara. Under the influence of his personality undisputed leader, the Liberals had a broad support in Timisoara at that time. In 1930, as a result of worsening health, he retired as head of the liberal organization.

He died on 31 July 1931. His funeral of Timisoara mobilized a large table that I liked and appreciated. He left behind a political testament addressed to his grandson Aurel Cosma jr., And difficult situations with a mortgage of a million lei. He had to say on his deathbed: "I was born poor and die poor." 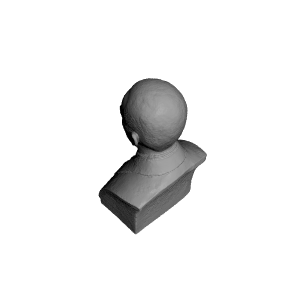 ×
0 collections where you can find Aurel Cosma in Timisoara, Romania by apllana