3D
Scan The World
3,848 views 243 downloads
1 collection
Community Prints Add your picture
Be the first to share a picture of this printed object
0 comments

David Černý is known for his controversial sculptures and this baby is no exception. Since 2001, the 10 fiberglass, alien-like little ones have been permanently installed on the Žižkov TV Tower. His Babies, however, were first presented in 1994 at the Chicago Museum of Modern Art, followed by appearances in various other cities including London. 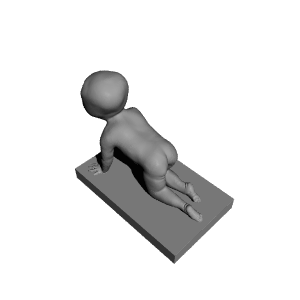 ×
1 collections where you can find Babies by Scan The World