Considered one of the most important challenges by the young Michelangelo, fascinated as he was by ancient statuary, this Bacchus with its precarious equilibrium and drunken gaze was not appreciated by its patron, Cardinal Raffaele Riario: already in 1501 the Bacchus was among the works in the garden of the Roman residence of banker Jacopo Galli, to whom it had been sold. The Medici purchased the sculpture for 240 ducats in 1572 and according to records, it was displayed in the Uffizi until at least 1591. 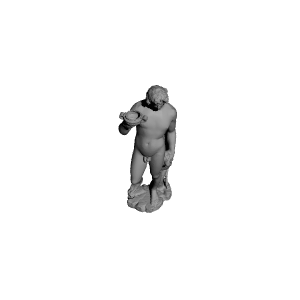