3D
Scan The World
1,715 views 102 downloads
Community Prints Add your picture
Be the first to share a picture of this printed object
0 comments

In Greek mythology, Medusa was a monster, a Gorgon, generally described as a winged human female with living venomous snakes in place of hair. Gazers upon her face would turn to stone. Most sources describe her as the daughter of Phorcys and Ceto, though the author Hyginus makes her the daughter of Gorgon and Ceto. According to Hesiod and Aeschylus, she lived and died on an island named Sarpedon, somewhere near Cisthene. The 2nd-century BCE novelist Dionysios Skytobrachion puts her somewhere in Libya, where Herodotushad said the Berbers originated her myth, as part of their religion.

Medusa was beheaded by the hero Perseus, who thereafter used her head, which retained its ability to turn onlookers to stone, as a weapon until he gave it to the goddess Athena to place on her shield. In classical antiquity the image of the head of Medusa appeared in the evil-averting device known as the Gorgoneion. 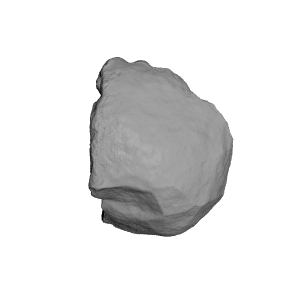