3D
Scan The World
3,947 views 181 downloads
Community Prints Add your picture
Be the first to share a picture of this printed object
0 comments

This sculpture is of Bernard Palissy and is housed in the Petit Palais in Paris. He was a French Huguenot potter, hydraulics engineer and craftsman, famous for having struggled for sixteen years to imitate Chinese porcelain. In the 19th-century, Palissy's pottery became the inspiration for Mintons Ltd's Victorian majolica, which was exhibited at the Great Exhibition of 1851 under the name "Palissy ware". Palissy is known for his contributions to the natural sciences, and is famous for discovering principles of geology, hydrology and fossil formation. A Protestant, Palissy was imprisoned for his belief during the tumultuous French Wars of Religion and sentenced to death. He died of poor treatment in the Bastille in 1590. 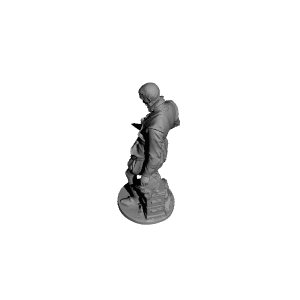 ×
0 collections where you can find Bernard Palissy at the Petit Palais, Paris, France by Scan The World