3D
Scan The World
1,691 views 48 downloads
Community Prints Add your picture
Be the first to share a picture of this printed object
0 comments

Archaic Greece was the period in Greek history lasting from the eighth century BC to the second Persian invasion of Greece in 480 BC, following the Greek Dark Ages and succeeded by the Classical period. The period began with a massive increase in the Greek population and a series of significant changes which rendered the Greek world at the end of the eighth century as entirely unrecognisable as compared to its beginning. According to Anthony Snodgrass, the Archaic period in ancient Greece was bounded by two revolutions in the Greek world. It began with a "structural revolution" which "drew the political map of the Greek world" and established the poleis, the distinctively Greek city-states, and ended with the intellectual revolution of the Classical period.

The Archaic period saw developments in Greek politics, economics, international relations, warfare, and culture. It laid the groundwork for the Classical period, both politically and culturally. It was in the Archaic period that the Greek alphabet developed, that the earliest surviving Greek literature was composed, that monumental sculpture and red-figure pottery began in Greece, and that the hoplite became the core of Greek armies. 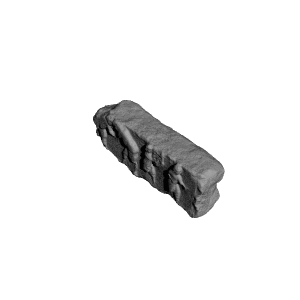 ×
0 collections where you can find Block with ceremonial scenes: wrestlers and musicians by Scan The World