3D
Scan The World
2,473 views 141 downloads
Community Prints Add your picture
Be the first to share a picture of this printed object
0 comments

This marble sculpture depicts the Bodhisattva. It originates from Anyang, in the Henan Province and is believe to have been made in the 11th or 12th century (either the Liao or Jin dynasty).

This figure's full, fleshy face with broad cheeks and double chin is typical of Liao and Jin dynasty sculpture. The jewellery and the robe, with its rich folds and bows, are rendered with great plasticity, as are the flaming halo and the eddying waves on on the plinth. Details such as the rectangular belt clasp and the left foot with its realistically carved sole and toes also merit attention. 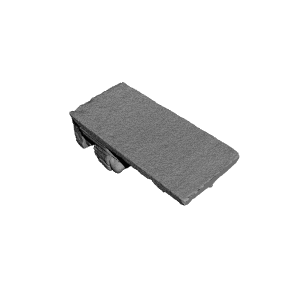 ×
0 collections where you can find Bodhisattva at The Royal Ontario Museum, Ontario by Scan The World