3D
Scan The World
3,879 views 295 downloads
3 collections
Community Prints Add your picture
Be the first to share a picture of this printed object
0 comments

This is a fine example of late 17th-century garden sculpture; its weathered surface is evidence of its exposure to the elements. The subject may be related to genre works produced by the Netherlandish sculptor Pieter Xavery (active 1667-1674), and connections have also been suggested with the bronze statuettes by Giambologna (1529-1608). The sculptor Caius Gabriel Cibber (1630-1700) was a native of Denmark, and also studied in the Netherlands and Rome, before settling in England in the 1650s. He was appointed Sculptor in Ordinary to William III, in 1693. Cibber introduced a fluent style of sculpture, as well as new figurative subjects into Britain, thanks to his training in Europe. 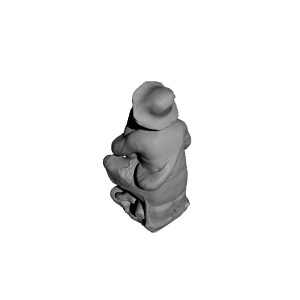 ×
3 collections where you can find Boy Playing the Bagpipes at The V&A, London by vam