3D
Scan The World
2,170 views 101 downloads
Community Prints Add your picture
Be the first to share a picture of this printed object
0 comments

This sculture of bronze woman is positioned at th eentrance of Narodowe Museum in Warsaw. This modern sculpture collides with the museum's need for such an exhibition in today’s Warsaw where such a vast panorama of art could be shown. In this respect, Warsaw’s other collections are either fragmentary or still in the making. Thus, despite limitations of space and some fairly critical gaps in the collection itself, we have decided on such a chronologically extensive show. The Gallery of 20th and 21st Century Art covers the whole of the past century. We feel it our duty to provide both Polish and foreign visitors a review of Polish art from that time. Because encapsulated in these works are not only the changing aesthetics of a given moment, its creative aspirations and artistic trends and fashions, but also a kaleidoscope of the voices, attitudes and emotions specific to the entire past century. It should be emphasized just how dramatic a time this was for the world and Poland – from the rebirth of the Polish state in 1918, through the arduous construction of the Second Republic, its downfall and the slaughter brought by the war, resulting in the loss of millions of lives, including the country’s cultural elite, and the Holocaust suffered by Polish Jews, followed by decades of communist rule and the twisted events of an only semi-sovereign country, ending with the remarkable breakthrough of 1989 and the changes in which we are now participating. 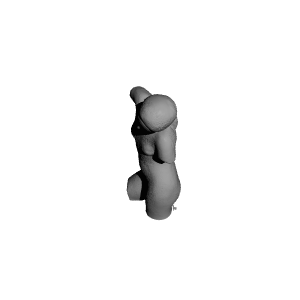