3D
Scan The World
2,507 views 134 downloads
1 collection
Community Prints Add your picture
Be the first to share a picture of this printed object
0 comments

The P-108 is notable for at least one other reason. On the morning of August 7, 1941, Captain Bruno Mussolini, the 23-year-old second son of Italian Fascist dictator Benito Mussolini and his wife Rachele, took off from an airfield near Pisa at the controls of a prototype of the bomber. The youthful officer apparently failed to gain altitude and crashed into a house. Along with two crewmen, the pilot was killed. Five other crewmen were injured. 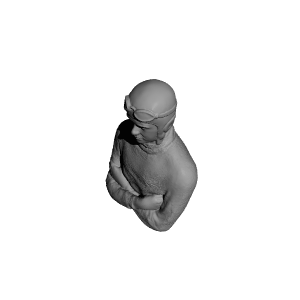