3D
Scan The World
3,420 views 233 downloads
2 collections
Community Prints Add your picture
Be the first to share a picture of this printed object
0 comments

Gautama Buddha, also known as Siddhārtha Gautama, Shakyamuni Buddha, or simply the Buddha, was an ascetic (śramaṇa) and sage on whose teachings Buddhism was founded. He is believed to have lived and taught mostly in the eastern part of the Indian subcontinent sometime between the sixth and fourth centuries BCE.

Gautama is the primary figure in Buddhism. He is recognized by Buddhists as anenlightened or divine teacher who attained full Buddhahood, and shared his insights to help sentient beings end rebirth and suffering. Accounts of his life, discourses, and monastic rules are believed by Buddhists to have been summarized after his death and memorized by his followers. Various collections of teachings attributed to him were passed down by oral tradition and first committed to writing about 400 years later.

This printed just fine. I did add support but probably could have done without. 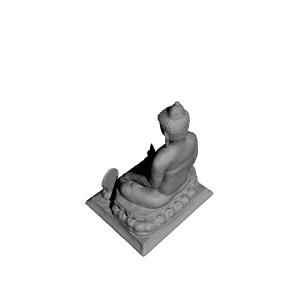 ×
2 collections where you can find Buddha Shakyamuni at The Kiev Museum of Western and Oriental Art, Ukraine by Scan The World