Our guy lived on the street. He drank dirty water, did all this chores.

He was a nice guy, he would help everyone. He would do all these chores for people just to make a couple bucks for food. He would beg for money and only got one cup of noodles per day. But soon his life would change. He found scraps in a junkyard to make a car. He built a flying car with the materials. Soon he started selling them and a lot of the Buddyland people like it. He was making hundreds of thousands of dollars to help hime thrive. He was starting to donate a lot of the money to other homeless people because he is a outstanding guy. He employed the homeless people and made factories. He soon won a emmy. That’s where we are,  He is walking the red carpet with his lookalike homeless people. Well now there average people. That's the story of Jordan. 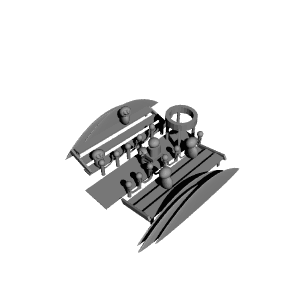