3D
5,794 views 824 downloads
10 collections
Community Prints Add your picture
Be the first to share a picture of this printed object
0 comments

It was rebuilt several times since its humble origins in the 16th century. As a consequence, the present building is a mix of architectural styles. It's most identifiable characteristics are the absence of towers, its Classical façade and the high dome. The interior keeps precious 18th-century statues and altarpieces, as well as abundant Neo-Renaissance and Neo-Baroque decoration.

Inside is the mausoleum of General José de San Martín, a pivotal figure in the independence of Argentina, Chile, and Perú from Spanish rule (from Wikipedia).

MiniWorld 3D is excited to bring this charming model to life as a homage to all the people of Argentina. This model was made from scratch by hand and brain in SolidWorks by collaborator Brian Mauricio Sánchez for MiniWorld, please give credit, it's all about spreading culture and education!

Use best resolution or scale up for details to pop. 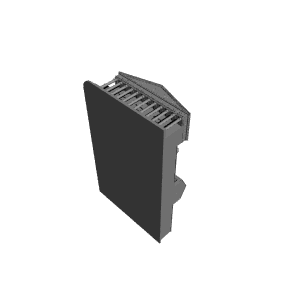