Bugs Bunny is an animated cartoon character, created by the staff of Leon Schlesinger Productions (later Warner Bros. Cartoons) and voiced originally by the "Man of a Thousand Voices," Mel Blanc. Bugs is best known for his starring roles in the Looney Tunes and Merrie Melodies series of animated short films, produced by Warner Bros. during the golden age of American animation. His popularity during this era led to his becoming an American cultural icon, as well as a corporate mascot of Warner Bros. Entertainment 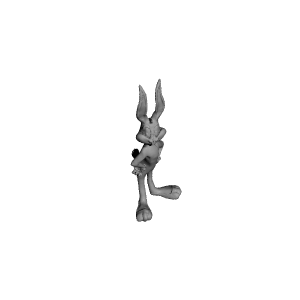