Bust from the choir stall of the Cathedral in Poz

3D
Scan The World
2,254 views 84 downloads
Community Prints Add your picture
Be the first to share a picture of this printed object
0 comments

Bust from the choir stall of the Cathedral in Poz

While studying for the priesthood in Heiligenkreutz, Donner met the sculptor Giovanni Giuliani and was encouraged to take up sculpture, working in Giuliani’s studio and later entering the Vienna Academy. He lived in Salzburg for some years, later returning to Vienna, where he produced his masterpiece, the Providence Fountain (1738–39) on the Neuer Markt. The figures originally cast in lead, a technique favoured by the artist, were replaced in 1873 by copies in bronze. Other Donner works are the Perseus and Andromeda Fountain in the courtyard of the Vienna Rathaus and a statue of the Holy Roman emperor Charles VI in the Belvedere Castle, Vienna. The refined form and clear outline of his sculpture contrasted with the exaggerated Baroque style of his contemporaries and predecessors and helped bring about a change in sculptural style. 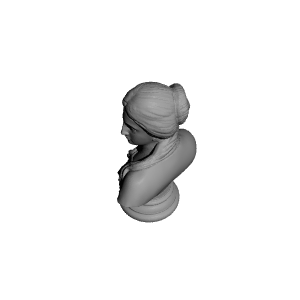