Bust of a Lictor at The State Hermitage Museum, St Petersburg

3D
Scan The World
1,621 views 89 downloads
Community Prints Add your picture
Be the first to share a picture of this printed object
0 comments

Bust of a Lictor at The State Hermitage Museum, St Petersburg

A lictor (possibly from Latin: ligare, "to bind") was a Roman civil servant who was a bodyguard to magistrates who held imperium. Lictors were used since the Roman Kingdom, and according to Roman historian Livy, the custom may have originated earlier, in the Etruscan civilization. 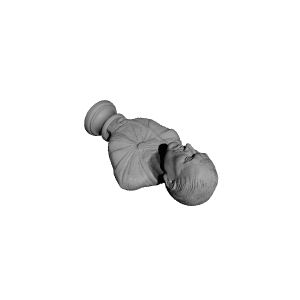 ×
0 collections where you can find Bust of a Lictor at The State Hermitage Museum, St Petersburg by Scan The World