Bust of a Yogini

3D
Scan The World
3,483 views 138 downloads
Community Prints Add your picture
Be the first to share a picture of this printed object
0 comments

Bust of a Yogini

Bust of one of the sixty-four Yogini. A female figure with large rounded breasts and arms missing. She wears a tall coronet, large circular earrings and a necklace, The details are weathered, but there are indications that she was originally depicted as fearsome, with projecting teeth. Yoginis (practioners of Yoga) formed a group of 64 demons who were followers of the goddess Durga (or Kali). 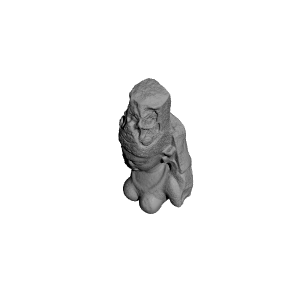