Bust of a Young Roman at The State Hermitage Museum, St Petersburg

3D
Scan The World
1,820 views 59 downloads
Community Prints Add your picture
Be the first to share a picture of this printed object
0 comments

Bust of a Young Roman at The State Hermitage Museum, St Petersburg

This portrait was formerly thought to depict Marcus Junius Brutus, a republican and one of the murderers of Julius Caesar. But the large scale of the bust, the plasticity of the forms, the ability to single out the most important of many details, the nature of the hairstyle with the fringe combed down onto the forehead and a lock escaping at the side, all allow us to date the portrait to the 2nd century AD, during the rule of the Emperor Trajan (97-117). It has many stylistic points in common with portraits of Trajan himself. Trajan received the title "best emperor" from the senate, and conducted a policy of conquering new territories for the Roman Empire, adding lands in Europe and in the East. Meanwhile, within the Roman state itself, the terror came to an end. According to Pliny the Younger, the emperor never forgot that he was a man and that he ruled men. In private life, Trajan was modest and accessible and contemporaries felt as though they had returned to the time of Republican Rome. One outer manifestation of the restoration of old traditions was the attempt to revive the simplicity and severity of republican portraits. 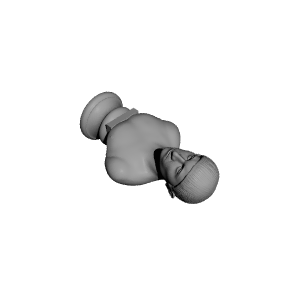 ×
0 collections where you can find Bust of a Young Roman at The State Hermitage Museum, St Petersburg by Scan The World