Bust of a youth

3D
360°
Scan The World
1,415 views 59 downloads
1 collection
Community Prints Add your picture
Be the first to share a picture of this printed object
0 comments

Bust of a youth

The identity of the original terracotta bust of a young man wearing an elaborate breastplate is unknown. That bust has been painted to resemble bronze, and may have been the model for a bronze which has since been lost. Its unusual bulbous base perhaps indicates it was originally intended for a specific setting, possibly a tomb. Antonio Pollaiulo, along with his brother Piero, was active as a painter, engraver and sculptor in 15th-century Florence. The cast was made by the London-based Italian firm, Franchi and Son. 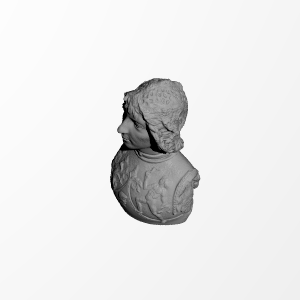